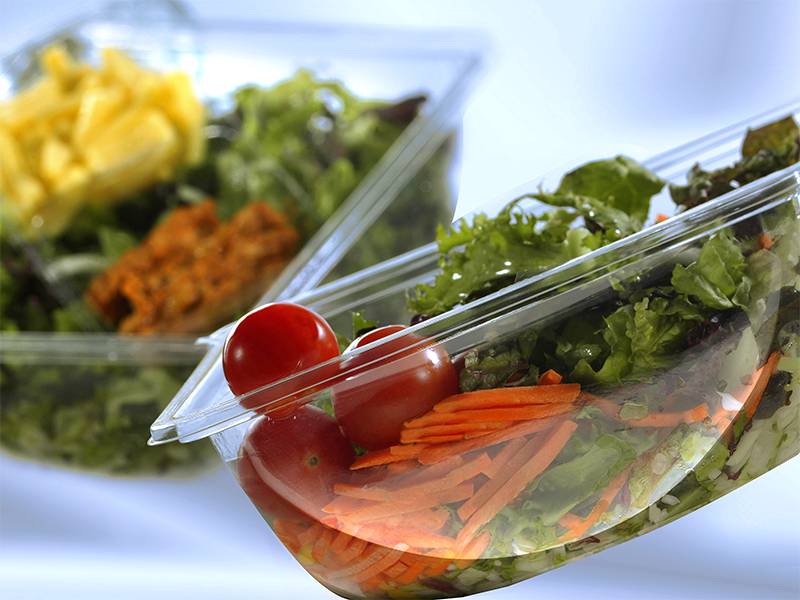 Plastics manufacturers and their customers in the European Union are under constant pressure to reduce the volume of plastics used in packaging, not least by the 2004 EU packaging and packaging waste directive. However, new research from Denkstatt, an Austrian environmental sustainability solutions think tank, has indicated that increasing the use of plastic in food packaging in a smart way can reduce spoilage in food and drink products, reducing waste.

It is the latest salvo in a long debate over the value of packaging — with packagers having been on the defensive for a decade, arguing that their output, by protecting products, reduces waste flows.

And Europe is facing a big problem with food waste. More than 100 million metric tons of food was wasted in the EU during 2012, according to a European Commission study released last year. As a result, the Commission released a policy paper encouraging EU member states to develop food waste prevention plans, with an option that they reduce food waste by 30 percent overall by 2025.

Françoise Gerardi, general manager of the French Plastic and Flexible Packaging Association, said reducing both food waste and plastic waste was a priority for the industry.

“We take it very seriously,” she said. “We have to be active to push in countries that don’t have a [plastic] recovery system. We have to encourage them. We have been developing recovery and recycling.”

Denkstatt, however, recommends a smarter approach. Its study stresses how plastic packaging: prevents damage and contamination of food; provides a barrier against moisture and oxygen; prolongs shelf life; and keeps food contained in a vacuum or other protective state. Denkstatt’s study, authored mainly by Harald Pilz, suggests packaging can be further optimized to improve barrier layers and puncture resistance, among other protective and waste-preventative characteristics.

The study was conducted using six test subject foods — including sirloin steak, Austria’s Bergbaron cheese, a yeast bun, garden lettuce, cucumber and chicken — all enclosed in traditional packaging, which varied among the test subjects. It compared the rates of spoiling with these foods when using new, improved plastic packaging. The results were undeniable. The innovative, optimized plastic packaging, though it used more plastic, reduced occurrences of food waste every time.

To illustrate, in the case of sirloin steak, one of the case study items, food waste dropped 50 percent because of changes made to its packaging. The steak’s traditional packaging consisted of a 20 gram polyethylene/ethylene vinyl acetate  plus PE/polyvinylidene chloride/EVA + PE vacuum bag (for 6 kilograms of meat) and an 11 g expanded polystyrene tray with 4 g ethylene vinyl alcohol/PE/nylon film, with the enclosed absorbent pad not considered. The optimized packaging for the steak was comprised of 19 g polystyrene/EVA/PE-based Darfresh skin packaging, the enclosed absorbent pad also not considered.

The original packaging had a food waste percentage of 34 percent, while the innovative Darfresh packaging made by Cryovac, a subsidiary of the U.S.-based Sealed Air Corp., had a rate of 18 percent, or exactly half of its traditional counterpart. The Darfresh skin packaging extended the shelf life of the steak from six to 16 days.

For meat and other expensive fresh items, optimized packaging is key in terms of protecting high quality products, said the report. “The more high-quality the product, the more it should be protected by high-quality packaging,” Pilz said.

“The environmental cost of the production of meat or cheese products is relatively high. If packaging helps that, in the end, as little as possible is thrown away, then the packaging has also made the environmental point of view more than pay off,” said Pilz.

For something less expensive, such as cucumbers, plastic film packaging can also make a large difference. The study examined a cucumber on its own without any packaging and cucumber packaged in a 1.5 g film. The cucumber by itself had a food waste rate of 9.4 percent; with the plastic film, the rate dropped to 4.6 percent.

Ian Byatt, business manager of UKAP, a division of Amari Plastics, a member of the European Plastics Distributor Association, echoed these statements. “Food packaging is infinitely diverse, and subject to different regulations per geographic area,” he said. “You have to increase the functionality of the product in order to optimize its cost and usage.”

He cited the reduced thickness of plastic packaging products in the last 10 years, in everything from potato chip bags to the use of flexible plastic pouches instead of tin cans for products such as coffee.

He and Gerardi both note the gravity of the food waste situation in Europe. Both cited individual yogurt portions in their discussion of the waste problem. “Portions are important when it comes to reducing food waste,” Gerardi said. “It may seem wasteful to portion yogurt into individual plastic containers, but really it helps to reduce waste overall because the yogurt is more often eaten than when it sits in a large container.”

Innovation in the industry is helping. “Number one with the public is food safety, and active or barrier packaging that can help prevent spoilage or contamination is in strong demand,” said Don Rosato, publications chairman of the Plastics Institute of America, and president of PlastiSource. “Consumers want easy-to-open, see-through, economic packaging that also protects against oxygen, water vapour and aromas.”

According to Katrin Schwede, spokesperson for industry association European Bioplastics, packaging made from bioplastics, or materials that are bio-based, biodegradable or both, can offer sustainable solutions to plastic packaging, further increasing the environmental benefit of innovative plastic packaging. Bioplastics reduce dependency on fossil fuel resources at the same time as well.

“With regards to waste management options, bioplastics can be treated in various established recycling and recovery streams and even offer additional options such as feedstock recovery or organic recycling. New materials such as polylactic acid (PLA), polyhydroxyalkanoates (PHA), cellulose or starch-based materials create packaging solutions with completely new functionalities, such as biodegradability or compostability… particularly sought after for packaging food or other perishables,” Schwede said.

Compostable plastic that meets EU standards allows the packaging to be organically recycled along with other food waste.

Byatt stressed that in future, “there will be more ‘bio-waste’ used to create plastics: PLA was derived from corn. Now they’re making it from biomass such as sugar cane waste, because if you take away food supplies to make plastic, you’ve got a problem.”

Biodegradable plastic innovations are being developed worldwide. U.S.-based Kureha can produce soft drink bottle grade polyglycolic acid (PGA) from natural gas — it is a thermoplastic polymer and the simplest linear, aliphatic polyester. It is biodegradable, ideally suited for high performance, and has a high gas barrier to oxygen and carbon dioxide, enhancing the gas and moisture barrier of bio-based polymers, such as PLA.

Meanwhile, nanocomposite technology can help packagers use lighter-weight materials, while boosting protection and product shelf life. In fact, Rosato said, “Nanocomposites appear capable of approaching the elusive goal of converting plastic into a super barrier — the equivalent of glass or metal — without upsetting regulators.”

An example is a nanoclay layer inside a plastic bottle developed by Japan’s Mitsubishi Gas Chemical. And US nanoclay supplier Nanocor has developed a nanocomposite and MXD6-brand nylon blend for use in multilayer PET bottles called Imperm. It uses nanoclay to give the bottle significantly higher resistance to pervasion by oxygen, carbon dioxide, and moisture. Because the nanocomposite retains high clarity, it is ideal for use in carbonated soft drink and beer bottles.

Another innovation is high barrier silicone oxide coated flexible bio-film. Most films have good clarity, sealability, and are biodegradable, but have poor ability to regulate heat and poor barrier properties. However, by adding a clear silicone oxide barrier layer, the PLA film is improved. An example is Ceramis-PLA, made by Australia-based Amcor Ltd., a fully biodegradable film, which complies with U.S. and EU regulations.

However, despite bioplastics’ advances, they are not yet mainstream for packaging. Schwede said bioplastics account for merely 1 percent of the entire plastic packaging market: “We at European Bioplastics hope that the European Union will make a stronger effort to put the right regulatory measures and incentives in place to encourage an uptake of bio-based, sustainable materials and to allow bioplastics a full-scale market penetration,” said Schwede. She added that the United States has been investing much more strongly into these market measures.