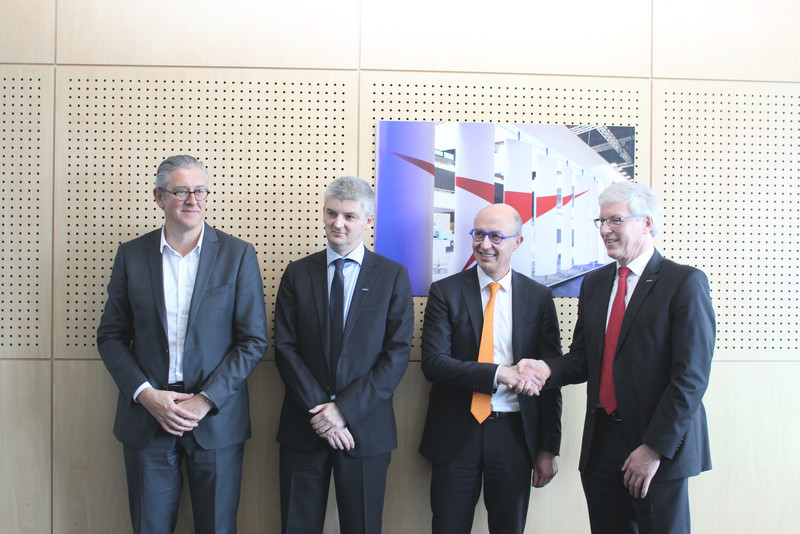 The robots will be sold under the Sepro-Yaskawa brand name as part of the Sepro 6X Visual product line, which also includes 6-axis robots manufactured in cooperation with Stäubli. That relationship will continue, with Sepro selling Stäubli robots for applications on molding machines with up to 800 tons of clamping capacity and four bigger Yaskawa units for machines up to 5000 tons.

The Sepro-Yaskawa agreement grew out of the two companies’ membership in PROXINNOV, an innovation forum serving companies in the Pays de la Loire region in western France. Its mission is to raise awareness of industrial robotics as a means to improve efficiency of manufacturing, and to encourage collaboration between its members. Sepro CEO Jean-Michel Renaudeau is the current president of PROXINNOV.

The collaboration with Yaskawa is the latest in a series of partnerships involving Sepro. The company is also in partnerships with injection molding machine manufacturers such as Sumitomo Demag, for the distribution of its robots under those manufacturers’ brands. “These collaborations have largely contributed to three successive years of record turnover,” Sepro said in a statement. “In 2015, turnover amounted to 92.8 million euros, an increase of 17 per cent compared to 2014, with more than 2,300 robots sold.”