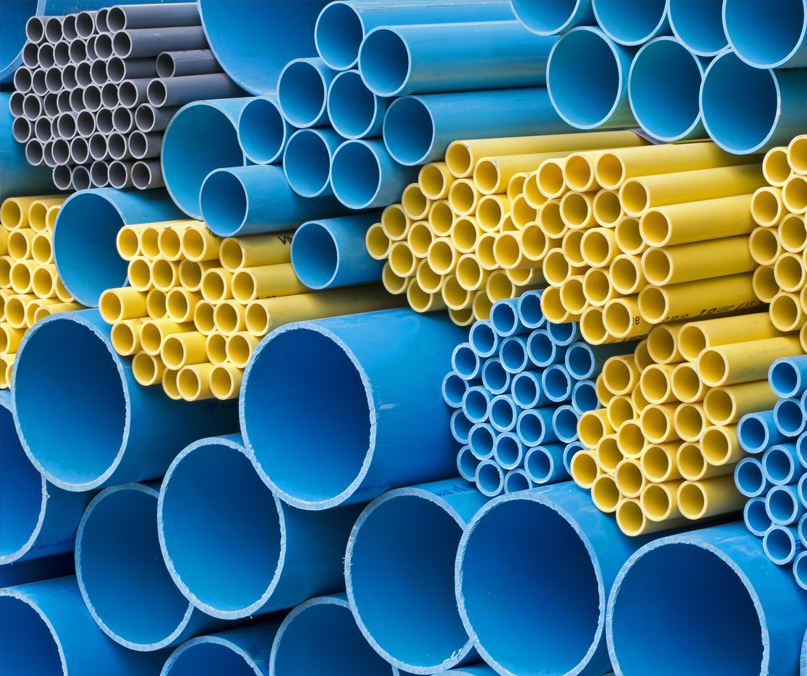 Polyvinyl Chloride (PVC) is one of the most commonly used thermoplastic polymers in the world. In fact, some would go so far as to say PVC is the world’s third-most widely produced synthetic plastic polymer, after polyethylene (PET) and polypropylene (PP).

In this two-part post we’ll help you get to know PVC just a little bit better. In part one of our post we’ll focus on what exactly it is and what it’s used for while part two will look at some of the advantages and disadvantages of this popular polymer.

So what is PVC?

PVC is a thermoplastic made of 57% chlorine (derived from industrial grade salt) and 43% carbon (derived predominantly from oil / gas via ethylene). It is less dependent than other polymers on crude oil or natural gas, which are non-renewable, and hence can be regarded as a natural resource saving plastic, in contrast to plastics such as PE, PP, PET and PS, which are totally dependent on oil or gas.

PVC is produced in two general forms, first as a rigid or un-plasticised polymer (RPVC or uPVC), and second as a flexible plastic. The more flexible version is commonly known as ‘Vinyl’ in Europe and predominantly so in North America and is used in more flexible applications such as flooring, sheets and artificial leather.

What is PVC used for?

Rigid PVC is often used in the construction and industrial industry. This is because the material is a favourite with pipe manufacturers around the world. It is also used to make pipe fitting and pipe conduits and is popular because it doesn’t need to be welded and can be connected with the use of joints, solvent cements and special glue.

Rigid PVC has very high density for a plastic making it extremely hard and generally very strong. It is also readily available and very economical which combined with the long-lasting characteristics of most plastics makes it a stable in the construction, industrial and municipal applications.

Lookout for part 2 of our post where we look at the advantages and disadvantages of PVC.