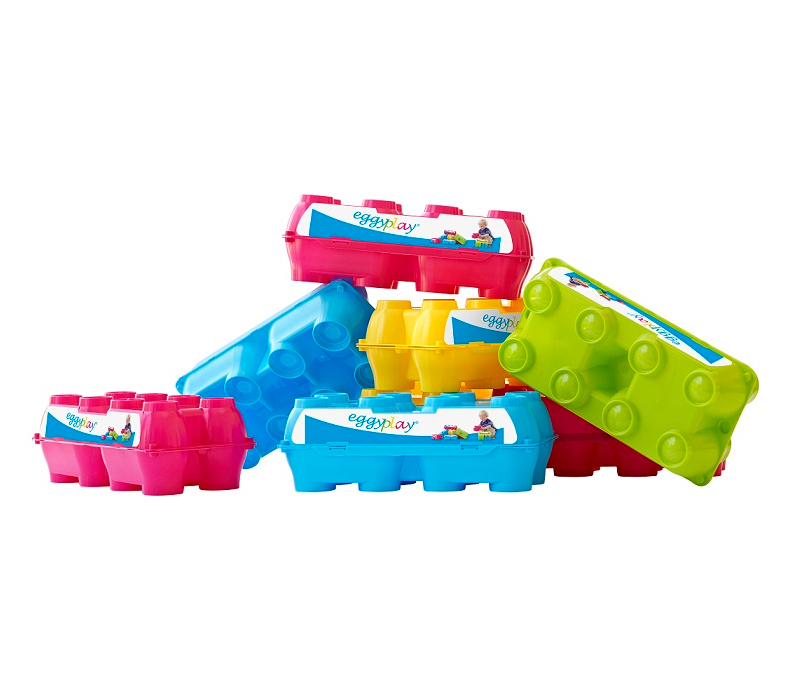 Build a better mousetrap? Unless you’re in the rodent-killing business, my suggestion is to put your efforts into building better packaging. And whatever packaging you’re working on, it’s better when the post-packaging life is considered.

Consider as an example an egg carton that has a second life that’s so seamless that it’s literally child’s play for millions: Eggyplay egg cartons (or boxes). Besides offering an eye-catching distinctive take on conventional egg carton packaging, the ingenious design leverages the durability of plastic—polypropylene, specifically—in a second life as a building block for children.

Does it also remind you of a certain children’s plastic brick building set known worldwide? There’s a good reason for that. But first some Eggyplay facts; they:

“In 2010, after the Lego patent expired, a Swedish packaging designer received the assignment to create egg packaging based on the principals of Lego,” he explains. “This eventually became Eggyplay and was launched by the Danish company Hedegaard (today’s DAVA Foods) in 2011 for use with high-end organic eggs.

Eggyplay boxes are injection moulded by two vendors, Kellpo in Denmark and Giordano in Italy, according to Wagelaar.

Besides DAVA Foods, the Eggyplay boxes are sold to egg graders and retailers.

“We have customers all around the world,” offers Wagelaar. “Several million pieces have been produced and sold and many more will follow. If sales further increase, we will start looking for partners around the globe to produce the product under license.”

He also discloses future plans: “The next generation might be an Eggyplay for four eggs, versus the current packaging for eight eggs.”