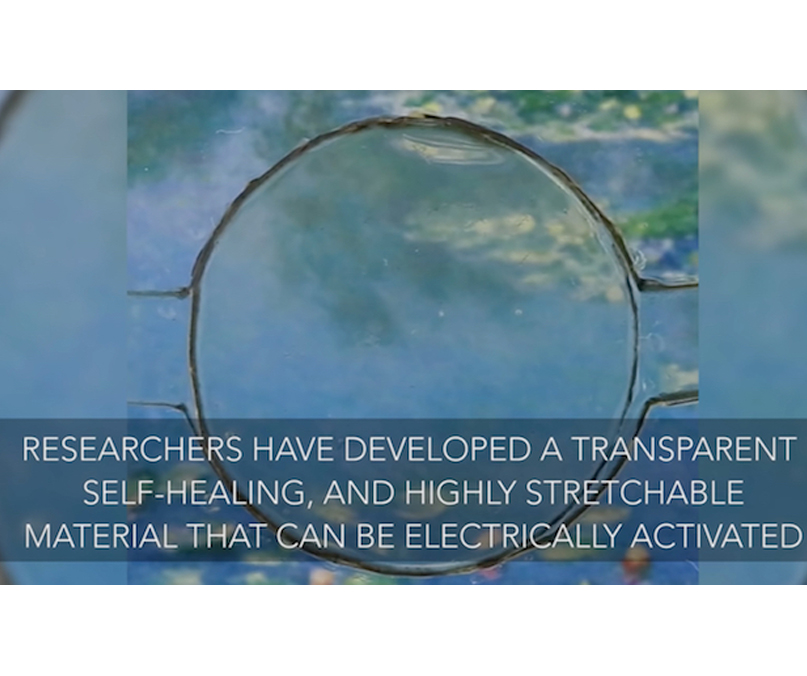 The Marvel Comics Character Wolverine—specifically, his regenerative powers—has inspired the development of a transparent, stretchable conductive material that also has self-healing properties. The material, which can be electrically activated to power artificial muscles, reportedly is the first to combine all of these properties.

“Creating a material with all these properties has been a puzzle for years,” said Chao Wang, an adjunct assistant professor of chemistry at University of California, Riverside, who is one of the authors of a paper describing the research published in the journal Advanced Materials. “We did that and now are just beginning to explore the applications.”

The material has potential applications in a wide range of fields, according to an article published in UC Riverside’s UCR Today. It could give robots the ability to self-heal after mechanical failure; extend the lifetime of lithium ion batteries used in electronics and electric cars; and improve biosensors used in the medical field and environmental monitoring.

Previously, other researchers had demonstrated the potential of stretchable, transparent, ionic conductors for powering artificial muscles and creating transparent loudspeakers, for example, but they did not have self-healing properties. Conventional self-healing polymers rely on non-covalent bonds, writes Sean Nealon in the UCR Today article, which are affected by electrochemical reactions that degrade the material’s performance.

Wang, who developed an interest in self-healing materials through a lifelong love of Wolverine, helped solve that problem by combining a polar, stretchable polymer with a mobile, high-ionic-strength salt, a mechanism called ion-dipole interactions.

The low-cost, easy to produce, rubber-like material can stretch 50 times its original length, writes Nealon. After being cut, it can completely re-attach, or heal, in 24 hours at room temperature.