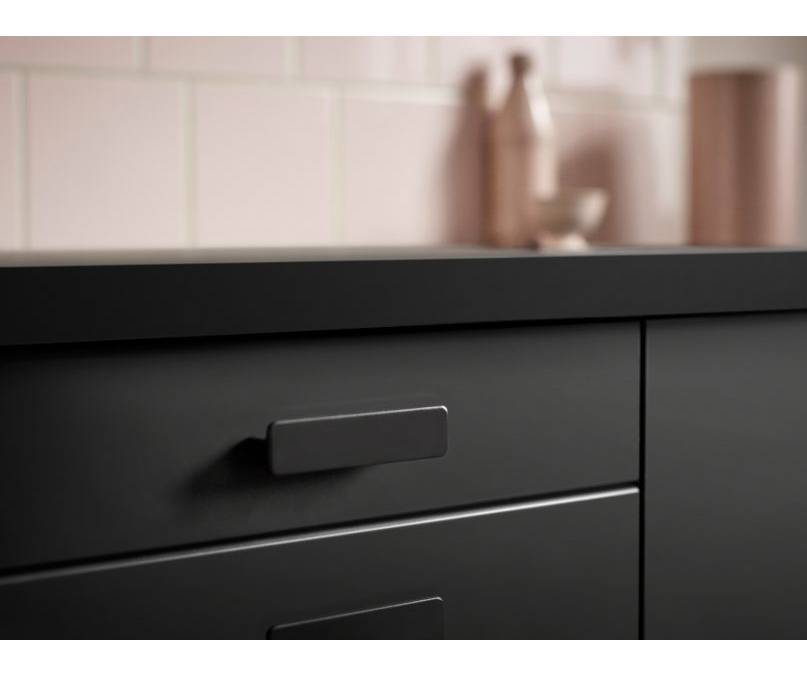 Plastic bottles are recycled into a range of products. According to Recycle Everywhere, everything from clothing to carpets can be produced using the plastic bottles we throw away.

Many recycling bins are themselves made from recycled plastic which neatly encapsulates the circular journey that is possible if we take care to reuse what were once considered disposable items.

But companies are becoming more ambitious with designs made from waste plastic.

Swedish furniture giant IKEA is now selling a new kitchen in which all the cabinets are constructed from recycled bottles and timber.

It’s called the KUNGSBACKA and was designed and built in partnership with design studio Form Us With Love. Every 40 x 80cm unit is made up of 25 plastic bottles and reclaimed industrial wood.

“A plastic bottle is not waste; it is a resource. And most importantly, this kitchen proves that these materials can be used for household goods in large scale production,” said Jonas Pettersson, CEO at Form Us With Love in a press release.

Peter Agnefjall, CEO of IKEA, talked about the environmentally-friendly kitchens at the recent World Economic Forum Annual Meeting in Davos. “In 10 days from now we will introduce our first kitchen front which is made out of recycled wood fibre, and it’s covered in plastic, coming from recycled PET bottles. So step-by-step we’re taking steps into becoming a more circular IKEA,” he said at the time.

IKEA’s efforts form part of a circular economy based on the principle of recovery, recycle and regenerate. It’s the opposite of the linear economy in which we make things, use them and then dispose of them.

Other major global brands are also getting involved in circular economics. Procter & Gamble also announced at Davos that they will produce the world’s first recyclable shampoo bottle made from up to 25% recycled beach plastic. In partnership with recycling experts TerraCycle and SUEZ, this innovation will come to France in summer.

Adidas has partnered with Parley For the Oceans to create a running shoe made from waste plastic recovered from the sea. The first commercial launch of the Parley Ultraboost Uncaged shoe included 7,000 pairs, “straight from the sea to the streets” says the company. You can see how they make it here.

Much of the plastic waste polluting the oceans and filling up landfill sites comes from packaging. Unilever has recently announced that all of its plastic packaging will be fully reusable, recyclable or compostable by 2025. It also says that it will invest solutions for plastic recycling, and share those with the wider industry. Unilever has already committed to reducing the weight of its packaging by one third by 2020.