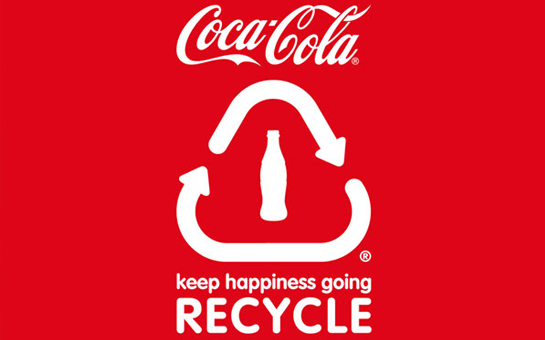 Coca-Cola is to radically increase the amount of recycled plastic in its bottles, the Guardian understands, amid pressure from environmentalists and new figures that show more than a million plastic bottles are bought globally every minute.

The world’s biggest drinks brand is expected to announce on Wednesday that it will increase its target for recycled plastic in its bottles and its support for recycling.

Coca-Cola’s UK and Europe arm currently has a target to increase the amount of recycled plastic or RPET in its bottles to 40% by 2020.

It has already performed a U-turn over bottle deposit schemes following pressure from Greenpeace. In evidence to MPs before the UK election was called, the company said it now supported a deposit scheme. It had previously said it was opposed to such an idea.

Figures obtained by the Guardian this month revealed that across the globe one million plastic bottles are bought by consumers every minute – roughly 20 000 a second.

The number will jump another 20% by 2021, with annual sales rising to more than half a trillion a year, creating an environmental crisis some campaigners predict will be as serious as climate change.

More than 480bn plastic drinking bottles were sold across the world in 2016, up from about 300bn a decade ago. By 2021 this will increase to 583.3bn, according to the most up-to-date estimates from Euromonitor International’s global packaging trends report.

Sources within the recycling industry said Coca-Cola was competing with other brands to be first to announce that it was making dramatic changes to its packaging to use more recycled plastic and recycle more of its bottles.

One source said: “This is because of a combination of consumer pressure and pressure from environmental groups. There is a feeling that no one wants to be the brand which is littering beaches with plastic and there is something of a race among brands to get their green message out first.”

There has been growing concern about the impact of plastics pollution in oceans around the world. Last month scientists found nearly 18 tonnes of plastic on one of the world’s most remote islands, an uninhabited coral atoll in the South Pacific.

Coca-Cola European Partners has repeatedly refused to release data to Greenpeace about its global plastic usage. The environmental campaign group estimates that Coca-Cola produces more than 100bn plastic bottles every year – or 3,400 a second.

The top six drinks companies in the world use a combined average of just 6.6% of recycled plastic (PET) in their products, according to Greenpeace. A third have no targets to increase their use of recycled plastic and none are aiming to use 100% across their global production.

Plastic drinking bottles could be made out of 100% recycled plastic, known as RPET – and campaigners are pressing big drinks companies to radically increase the amount of recycled plastic in their bottles. But brands have been hostile to using more RPET for cosmetic reasons. But the recycling source told the Guardian: “Consumer pressure and the image of plastic littering our beaches is making them think again.”