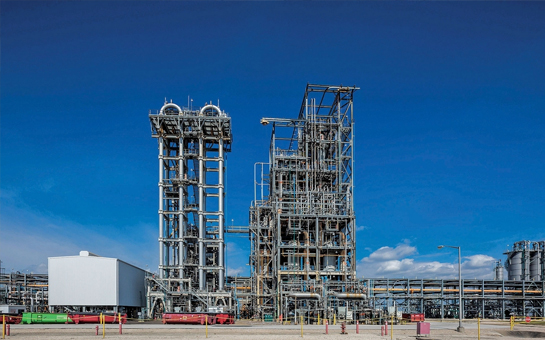 We’ve all heard it so many times that we can no longer muster the effort to roll our eyes at it. But what if I told you that the tritest movie line in the history of the plastics industry (and maybe even in the history of movies) is once again relevant?

That’s the thrust of the story that was reported recently in The Wall Street Journal about the pending plastics renaissance in America. In case you missed the article, just the headline and the sub-head alone are worth savoring: “The Shale Revolution’s Staggering Impact in Just One Word: Plastics. Petrochemicals, once simply a cheap byproduct, are powering a U.S. manufacturing boom and export bonanza.”

Now before you Google this article and read it on your own, do yourself a favor and read this headline once again, this time out loud. When was the last time you heard words like “staggering impact” and “manufacturing boom” and “export bonanza” used to describe the prospects of the U.S. plastics industry? My guess it was probably about 1967, the year “The Graduate” was released.

There are a few salient facts that bear mentioning here. First, most of you are already aware of the surge in resin capacity that is expected to come online soon. This surge is part of a massive wave of investment in the chemical industry. According to the article, “expenditures on chemical plants alone accounted for half of all capital investment in U.S. manufacturing” last year.

I recognize that this spurt in expenditures is coming off a cyclical low-point because the chemical industry had suffered from under-investment for many years. The prevailing thinking was that growth in the U.S. economy was euphemistically described as “mature.” The idea was to build chemical plants in the Middle East and then ship the product to China. But that line of reasoning has changed due to the abundant supply of natural gas.

This spike in investment in new chemical plants corresponds with a record level of M&A activity in recent years. ICIS Chemical Business reports that “global chemical mergers and acquisitions will hit a record level” as several mega mergers close in 2017.

There are strong economic reasons spurring this activity. Larger, more efficient processing operations will allow petrochemical producers to take advantage of the huge amounts of natural gas that are being produced in the U.S. These efficiencies of scale will enable producers to make a lot more product at a substantially lower cost per unit. The problems now become finding a market for this additional product, and then figuring out a way to transport their products to this market. As far as finding the market is concerned, most of them are taking aim at the developing economies in Mexico and Latin America.

So, we get that the resin suppliers are ramping up to supply a long-term, large-scale increase in demand from the emerging markets. And the rising popularity of trade shows in countries such as Mexico and Brazil are a good indicator that the machinery suppliers are already heavily involved in these countries as well. So, what does all this mean for North American processors?

First, it means exposure and maybe even access to burgeoning new markets. As the standard of living rises in the emerging markets, and the middle class expands, there will be a strong and steady rise in demand for plastics products. These countries will need more packaging products, medical supplies, building materials and automobile parts for lightweight electric cars.

North American processors already know how to make the best plastics products in the world, but for many of these products you have to manufacture them close to the market because of the relatively high cost of shipping them. So, you will need to find a profitable way to transfer your knowledge and expertise instead. This type of global market savvy tends to favour larger companies, so the recent wave of M&A activity in the plastics industry will likely continue for the foreseeable future.

Another factor that favours strong M&A activity is the aforementioned increase in scale of the resins suppliers. Not everybody can drink from a fire hose. But those processors that that can handle large volumes of materials are going to have an edge as the links in the plastics industry supply chain grow bigger and bigger.

So, the demand for the products is coming. The suppliers of the materials to make these products are anticipating this rise in demand, and they have already invested huge amounts of capital in preparation. But as is the case for these suppliers, the problem for manufacturers like processors and toolmakers who want to get in on the action is one of logistics. How do you get your best-in-class product to a large and eager marketplace that is miles away in another country?

But despite the large size and scale of this investment, I have no doubt it will happen. If we all sit around and wait long enough, it will probably be Amazon and Alibaba that get it done. And the companies that invest successfully will not only get access to large, new markets, they will also likely gain a competitive edge in the developed markets as well.