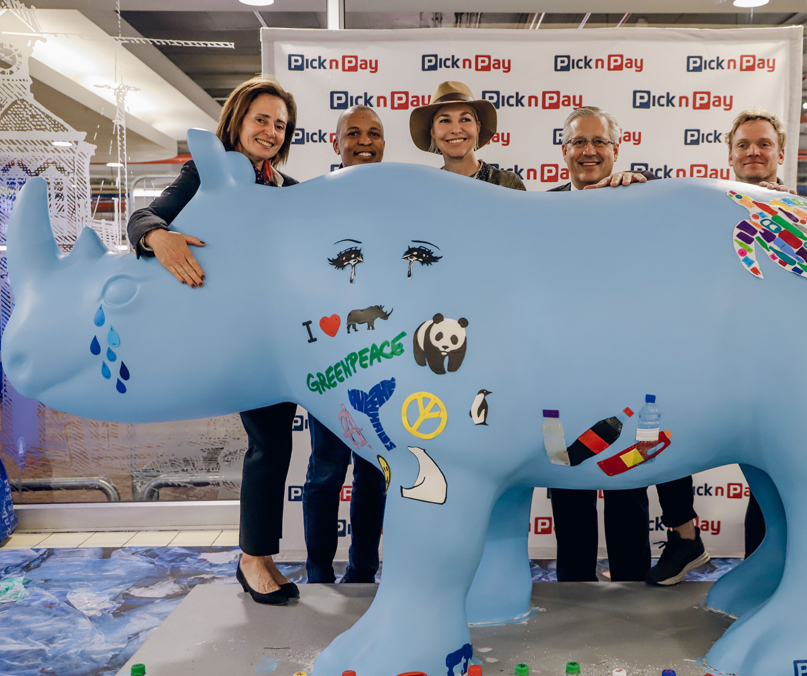 Making recycling programs accessible to the general population is one of the main hurdles when it comes to recycling. Retail giant Pick n Pay is taking steps to make recycling easier and more straightforward, with a brand-new reverse vending machine- one that accepts recycling!

The machine has been launched in the vicinity of the brands V&A Waterfront store and will be in place until the 28th of February 2019. The device will accept all recyclable waste products with a barcode, including bottles, cans, coffee cup lids, tetra packs, fruit juice containers as well as glass bottles.

The machine will accept commonly used products that are recyclable in South Africa and will be able to recognise these items by their barcodes. Any items with barcodes that cannot be identified will be returned. These items can be discarded in the waste bin next to the vending machine. The barcodes in this machine will be scanned an sent to Imagined Earth, where they will be researched. Should Imagined Earth find items that are recyclable, the vending machines will be reprogrammed to accept that item.

Pick n Pay has also launched an incentive initiative, aimed at incentivising customers to submit their recycling. Shoppers that give their trash to be recycled more than three times in a month will be entered into a draw to win a reusable bag, and recyclers can stand a chance to win a voucher worth R200 every week. A final lucky draw with a grand prize of R5 000.00 will be held at the end of the projects trial period.

The V&A Waterfront has demonstrated their support for the project, with CEO, David Green, stating that, “At the end of 2017 we made a commitment to eliminate single-use plastic bags and bottles from across our property and we are actively working to make this a reality working alongside our tenant partners. As the country’s oldest working harbour and one of the most recognised waterfronts in the world, we are especially aware of our responsibility to protect the ocean as a natural resource and the need to act urgently.”

This machine comes hot on the heels of a similar initiative by competitor Woolworth’s, where the brand launched a recycling vending machine at its “green” store in Palmyra junction. Click here to read the original article