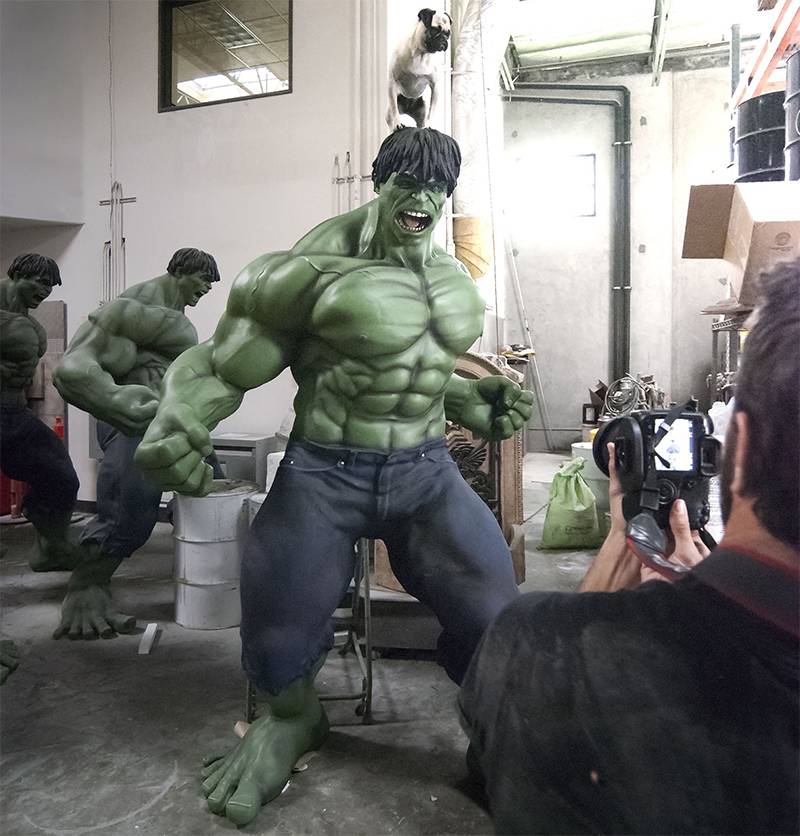 Many of them are made out plastic. The Hulk really is Incredible at his company in Southern California.

The large-scale figures are too big to bring to the Society of Plastics Engineers Thermoforming Conference, let alone fit in the overhead compartment on the flight to Atlanta. Harrington brought some small pieces, then wowed the crowd by showing lots of slides during his keynote speech Sept. 1.

Being in Lake Elsinore, Calif., Storyland Studios gets plenty of work from Hollywood. Movie studios want gigantic props for premiers. Harrington thinks the company can crack into the displays you see at the movie theater, ones currently made out of folded cardboard. He told the thermoformers he wants to learn the distortion printing process to make the figures by vacuum forming, for higher output to grow into the retail market.

Storyland StudiosHulk heads. Molded, but not yet painted or attached to their bodies.

He attended several technical sessions at the SPE Thermoforming Conference.

The company built the engine that pulls the train to Hogwarts at the Wizarding World of Harry Potter in Orlando, Fla.

Harrington said Storyland has become skilled at spray-on chrome and using powdered metals mixed with resin. “You can get pretty good with paint, but you can get spot-on with metal,” he said.

Often, the figures are so large that Storyland employees make them in sections and assemble them together.

Movie studios want to see prototypes before signing off, he said.