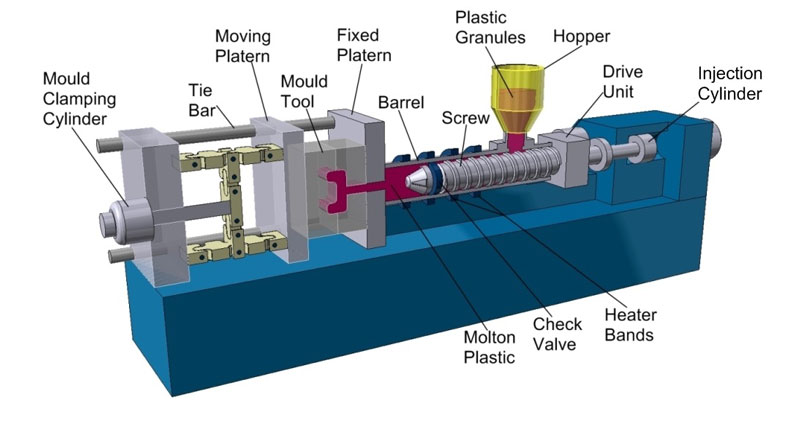 Frank Dalhaus is taking the place of the retiring Reinhardt Rühmer as Head of the Sales and Service Center Northwest Germany in the upcoming year. Manuel von Varchmin is the new Head of the Sales and Service Center Southeast Germany. KraussMaffei is also internationally reinforcing its sales activities: Jörg Wittgrebe has been appointed the new Director of Sales for the injection molding technology and automation area of the subsidiary in China.

Dalhaus joined KraussMaffei in September 1999 and was most recently Key Account Manager in the Automotive Business Unit (BU). Von Varchmin has been with the company since 2007, initially in the Automation division. In 2010, he was also appointed as Key Account Manager in the Automotive BU. At the same time, he has been responsible for the North America Sales Support Team since the start of 2014. “The experienced sales specialists Frank Dalhaus and Manuel von Varchmin, together with their teams, will continue to support our customers in their growth in Germany and also support them in their international projects, just like their predecessors. I wish both gentlemen great success in their endeavors,” says Dr. Hans Ulrich Golz, Managing Director of KraussMaffei and President of the Injection Molding Machinery segment of the Group. “The German market is still a very important market for KraussMaffei. With Frank Dalhaus and Manuel von Varchmin we have appointed two experts for these key positions and thus will further strengthen our market position”, adds Bengt Schmidt, Executive Director and Head of the Automotive BU of KraussMaffei.

Dalhaus is succeeding Reinhardt Rühmer. Rühmer will support the sales activities of the KraussMaffei brand in China and Southeast Asia until his retirement in the middle of the upcoming year. Von Varchmin is following in the path of Timo Günzel, who took over new tasks in the Injection Molding Technology segment of the KraussMaffei Group. “I wish to thank Reinhardt Rühmer and Timo Günzel for their long-standing and successful dedication to KraussMaffei,” says Dr. Golz.

Markus Greinwald, who has been appointed as the new Head of the Service Department after several years in China, has been added the new leadership team in the Sales and Service Center Southeast Germany.

Jörg Wittgrebe is the new Director of Sales for the injection molding technology and automation business area in China. He rejoined KraussMaffei in 2014 after having already worked for the company from 1996 to 2004. After his re-entry, he served as the Key Account Manager in the automotive BU. “Jörg Wittgrebe is an experienced sales specialist and Asia expert. We are delighted to have him serve as the General Sales Manager for the KraussMaffei brand in China,” exclaims Dr. Golz. Since 2012, KraussMaffei has been manufacturing MX series injection molding machines for the Chinese market at the Haiyan location in China. “Since then, the MX series has successfully established itself on the market and the demand is increasing. We want to continue to build on this in the future,” explains Wittgrebe.