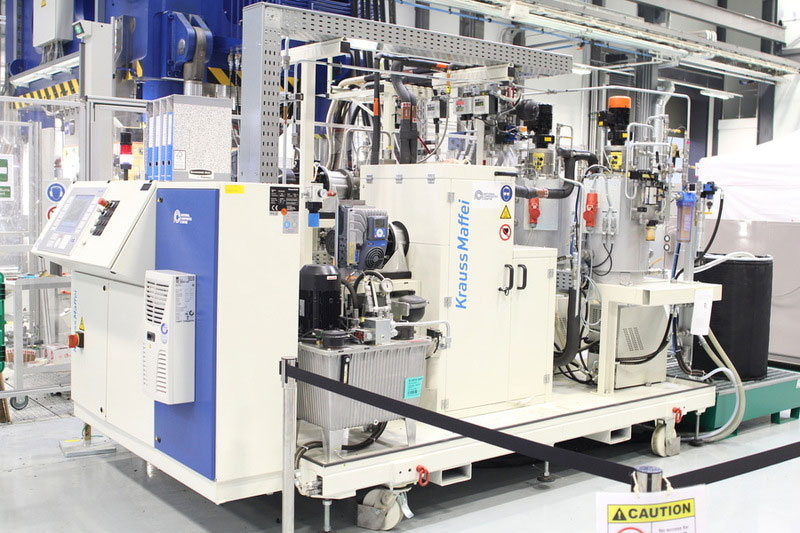 The National Composites Centre (NCC) in Bristol, UK has put a KraussMaffei RimStar Compact 4/4/4 into operation. The mixing and metering machine can process both epoxy resin and polyurethane (PUR) and enables short cycle times for production of lightweight components.

The National Composites Centre (NCC) in Bristol, UK has expanded its TechCenter with a new KraussMaffei RimStar Compact 4/4/4 mixing and metering machine. The system is equipped with two mixing heads, enabling it to process both epoxy resin and polyurethane in high-pressure resin transfer molding (HP-RTM).

The National Composites Centre opened in 2011 and is a central element of the UK Composites Strategy, an initiative of the UK government to promote the composites industry in the United Kingdom. Implementing innovative technologies is intended to make the UK-based companies more competitive on an international level. Particular focus is on the aviation and aerospace, vehicle manufacturing and renewable energy industries.