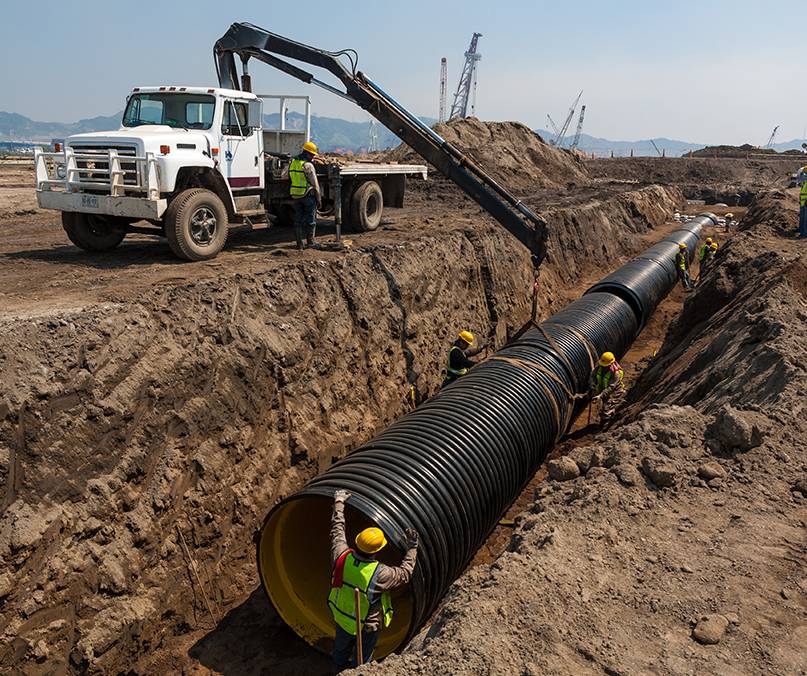 The SABS 533 Part 1 specification covered high-density PE systems (HDPE) in terms of Parts 2 and 3, which were based on outside diameter (OD) dimensions.

Following the decision by the Department of Trade and Industry that South Africa would switch to international specifications in order to assist its integration into the global export market, the SABS adopted the ISO 4427 specification for PE pipe in 1999.

A five-year moratorium was placed on SABS 533 Part 1, which expired in 2007. Companies that subscribed to the specification in terms of the SABS permit scheme that allowed them to use the SABS mark on their products were particularly affected.

The lack of internal diameter based fitting specifications lead to manufacturers adopting the old SABS 533 Part 1 in order to ensure consistent quality. The review process of the old specification was initiated originally by the South Africa Irrigation Institute (SABI).

The SABI contended that the lack of a guiding or master specification placed the entire irrigation industry at risk in terms of the compatibility between the available pipe and fitting systems. This is due to the fact that small, uncontrolled specification changes can result in widespread pipe failures.