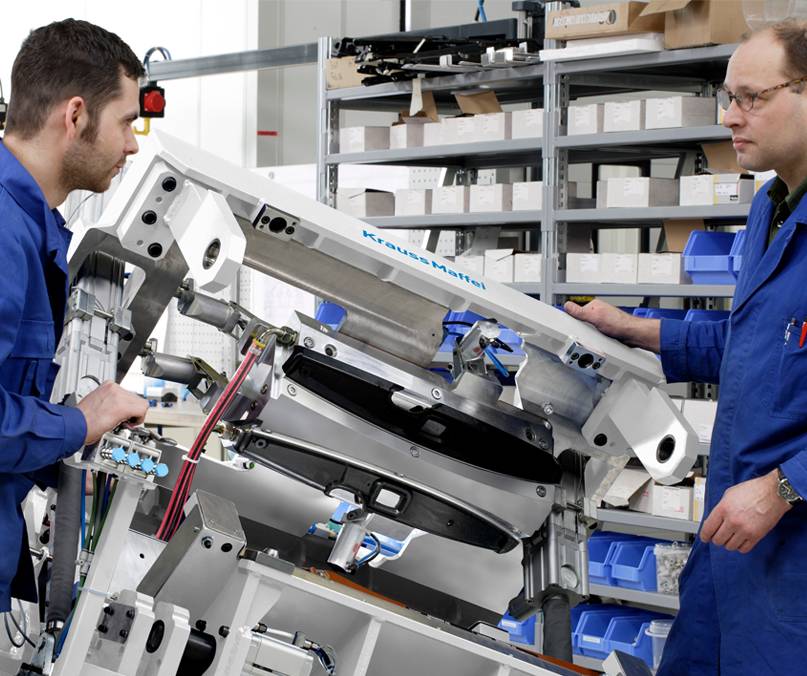 When it comes to polyurethane back-foaming, it is crucial to effectively seal off the process in the mould, while still enabling targeted bleeding. KraussMaffei Reaction Process Machinery will present a new sealing system at K 2016 which meets these requirements perfectly.

The SealStar is completely inflatable and therefore ensures more secure and efficient sealing in corners and connection areas than previous systems. Furthermore, it is cost-effective in manufacturing, can be used in a variety of applications and replaced quickly without requiring tools.

The new SealStar was developed by the division tooling technologies of the KraussMaffei site in Georgsmarienhütte.

Moulds for polyurethane back-foaming instrument panels, for example, have to be particularly tightly sealed.

Here, special inflatable standard sealing hoses inserted into the mould, which are made from silicone rubber or latex and are available either with or without a sealing cord, ensure that polyurethane does not leave the intermediate space between the film and injection moulded part.

However, this becomes difficult for end and connection pieces. There is the greatest risk of foaming there. “With the SealStar, we developed a new, all-purpose sealing system, the full length of which can be inflated to match the present component contour, ensuring an optimum seal. This reduces additional rework significantly,” explains Nicolas Beyl, President of the Reaction Process Machinery segment at KraussMaffei Group and Managing Director of KraussMaffei.

The SealStar can be placed in various installation situations. Specifically, this makes sealing possible without problems in otherwise critical high-angled areas.

The new SealStar can be used to apply inflatable seals cost-effectively and efficiently in foaming tools. A foam-packed transition between SealStar and the seal is guaranteed. Additional components are not required for operation. The entire sealing path remains the same for ventilation/degassing the component and the risk of residual inclusions is minimised.

“The new SealStar are seal end and connection pieces with relatively simple structures and are made of silicone rubber. Manufacturing them is significantly more cost-effective compared to all mechanically operated systems on the market,” Beyl states to summarise the cost-effective advantages. Furthermore, the new system can be replaced quickly and easily during running production without additional tools.

The new system, which was developed by the division tooling technologies of the KraussMaffei site in Georgsmarienhütte, has already initially proven its real-world suitability. SealStar has been in field tests at customers’ facilities since May 2016. KraussMaffei has filed a patent for this new sealing system.

A system which KraussMaffei provides as an option for electronically monitoring seals supports higher-quality component production and, therefore, increases productivity. A flow sensor is used to inspect the inflatable seals for damage. If a seal is defective, the sensor detects airflow in the respective sealed section. A message appears on the sensor’s display. It is also possible to process this message using the control system on the foaming tool and locate the defective seal on the control panel so that it can be replaced in a timely manner.