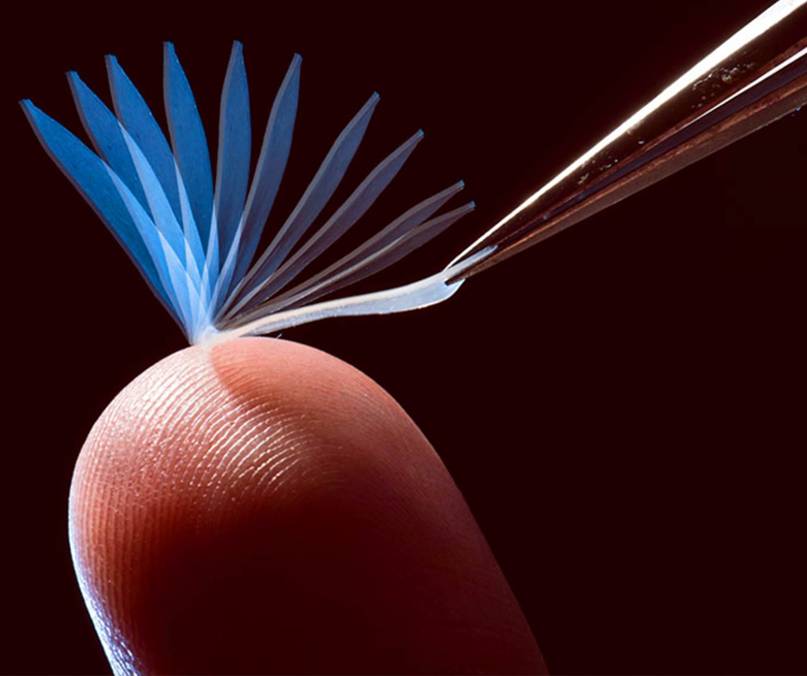 In the quest for ever-youthful skin, scientists have developed an invisible elastic skin that reduces the appearance of wrinkles.

Using oxygen and silicone, a polysiloxane polymer has been created by a team from Harvard Medical School and the Massachusetts Institute of Technology. This synthetic material is said to mimic skin. It forms a breathable and protective layer that locks in moisture as well as boosting elasticity.

As it’s invisible, it goes undetected on skin, doesn’t cause any irritation and isn’t affected by sweat and rain.

Dr Tamara Griffiths, British Association of Dermatologists told the BBC the polymer may have a role to play in dealing with under-eye bags.

She said: “The results [with the polymer] appear to be comparable to surgery without associated risks. Further research is needed, but this is a novel and very promising approach to a common problem. I will follow its development with interest.”

Does it have any other uses?

It is thought that the skin may eventually be used to deliver drugs as well as provide protection from the sun.

Has it been tested?

Researchers have carried out a few tests such as recoil test on skin (pinching it to see how quickly it snaps back into place). They say it performed well.

They also reported that skin coated with the polymer was smoother and more elastic than normal skin. It also looked less wrinkly and smoother.

Where can you get it?

Unfortunately, the polymer doesn’t have safety approval yet so for those of you looking for a wrinkle-free face, you’ll have to wait a little while longer.