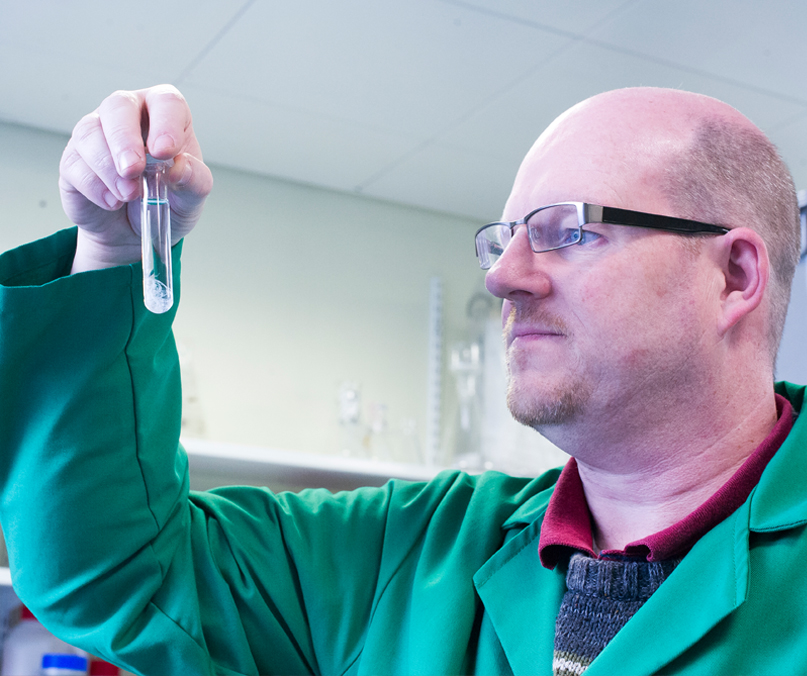 Researchers at the University of Nottingham in the United Kingdom have developed a technique to produce chemically functionalised spider silk that can be tailored for use in drug delivery, regenerative medicine and wound care.

In particular, they have demonstrated that the antibiotic levofloxacin can be incorporated in the silk and slowly released from the material. Antimicrobial activity can be maintained for at least five days.

Synthetic spider silk/University of NottinghamThe Nottingham research team has shown for the first time how so-called click chemistry can be used to attach molecules, such as antibiotics or fluorescent dyes, to artificially produced spider silk synthesized by E. coli bacteria. The research, funded by the Biotechnology and Biological Sciences Research Council has been published in the online journal Advanced Materials.

The chosen molecules can be “clicked” into place in soluble silk protein before it has been turned into fibres, or after the fibres have been formed. This means that the process can be easily controlled and more than one type of molecule can be used to “decorate” individual silk strands.

Professor Neil Thomas from the School of Chemistry in collaboration with Dr Sara Goodacre from the School of Life Sciences and a team of PhD students have developed and diversified this new approach to functionalising recombinant, or artificial, spider silk with a wide range of small molecules, according to a press release from the university.

“Our technique allows the rapid generation of biocompatible, mono or multi-functionalized silk structures for use in a wide range of applications,” said Thomas. “These will be particularly useful in the fields of tissue engineering and biomedicine.”

Spider silk is strong, biocompatible and biodegradable. It is a protein-based material that does not appear to cause a strong immune, allergic or inflammatory reaction. With the recent development of recombinant spider silk, the race has been on to find ways of harnessing its remarkable qualities.

The press release reports that the Nottingham research team has shown that its technique can be used to create a biodegradable mesh that can do two jobs at once: Replace the extra cellular matrix that our own cells generate to accelerate new tissue growth while gradually releasing antibiotics.

“There is the possibility of using the silk in advanced dressings for the treatment of slow-healing wounds such as diabetic ulcers,” explained Thomas. “Using our technique, infection could be prevented over weeks or months by the controlled release of antibiotics. At the same time, tissue regeneration is accelerated by silk fibres functioning as a temporary scaffold before being biodegraded.”