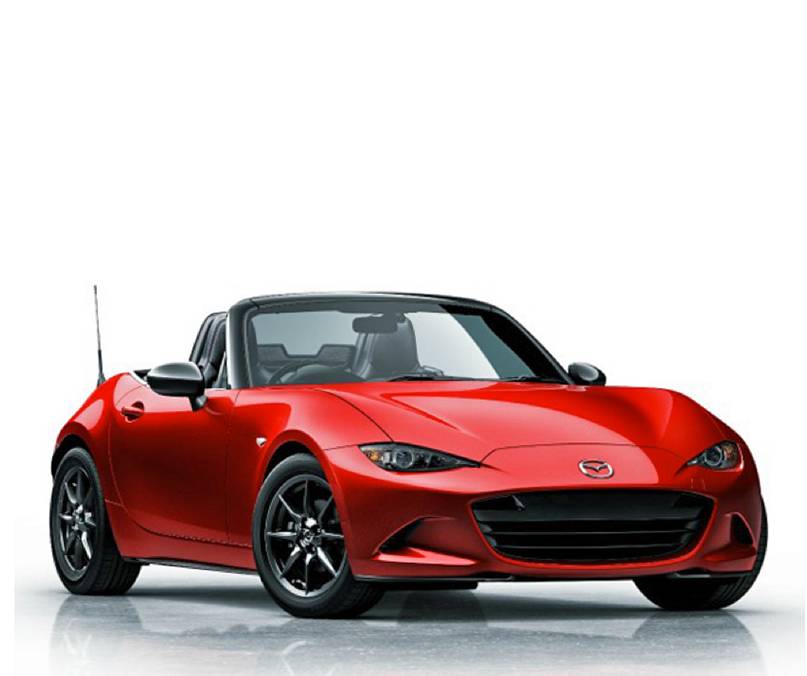 Mazda Corporation has adopted Durabio bio-based engineering plastic from Mitsubishi Chemical for exterior cosmetic parts used in Mazda’s Roadstar RF, which was introduced in December 2016. Durabio is said to combine most of the properties of polycarbonate (PC) and acrylic (PMMA) resins with the bio origin of its raw material.

Durabio is a transparent bio-based engineering plastic made from plant-derived isosorbide. Additional benefits include ease of coloring –Durabio can be simply mixed with pigment to create glossy, highly reflective, and rich hue surfaces–as well its hardness, enhancing durability and scratch resistance. One grade, D7340, for example, boasts a pencil hardness of F, a heat deflection temperature of 118 deg C (0.45 MPa), and a flexural modulus of 2800 MPa. Notched impact strength, meanwhile, is 9 kJ/m 2, which is lower than the 76 kJ/m 2 of PC resin, whereas with no notch D7340 is rated no break, as is PC resin.

The Roadstar RF is the fifth model to use Durabio, and the new grade will be adopted for more models moving forward. Additional previous automotive applications of Durabio include colored instrument panel components in the 2015 Suzuki Alto Lapin and interior color panels of the Suzuki Hustler in 2013.

Since autumn 2012, Mitsubishi Chemical has produced Durabio at its Kurosaki Plant in Kitakyushu, Japan. The company plans to accelerate research and development of Durabio, with the goal of expanding applications for automobile interior design parts, of course, but also expansion of its use in exterior design parts, contributing to environment-friendly automobile production.