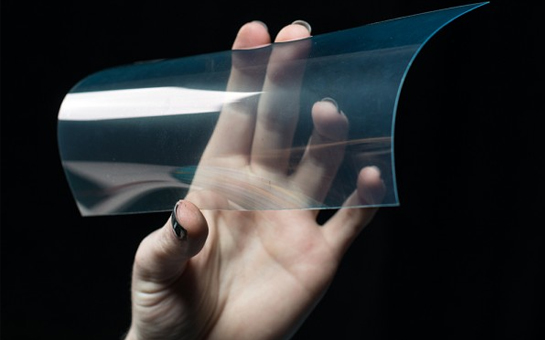 Demand for PET film in the U.S packaging market is forecast to expand 2.4% annually to 322 million pounds in 2021, outpacing demand for any of the major packaging film resins.

Growth will be driven by rising barrier requirements, particularly in food packaging, according to a new study, “Packaging Films Market in the U.S.,” from the Freedonia Group, a Cleveland-based industry research firm. 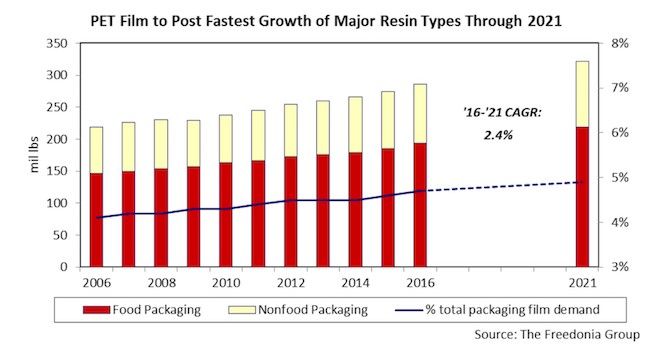 PET’s moderate barrier properties can better address these requirements than other commodity resins at a comparable cost, said the report.

Demand for PET film in food packaging is expected to grow 2.5% per year to 219 million pounds in 2021. Meat, poultry and seafood and snack food were the two leading outlets for PET film packaging in 2016, together accounting for 40% of demand.

Opportunities in the meat, poultry and seafood market include heat-and-eat packaging and retort pouches, while growth areas in snack food include high-barrier, transparent pouches for nuts and high-end chip and popcorn bags.

However, according to analyst Ellen Kriz, “growth will be restrained by competition from high-barrier resins such as nylon and PVDC that are well-established in the meat, poultry and seafood market, as well as limited applications in snack food packaging. Most demand for film in snack food packaging derives from polypropylene bags.”