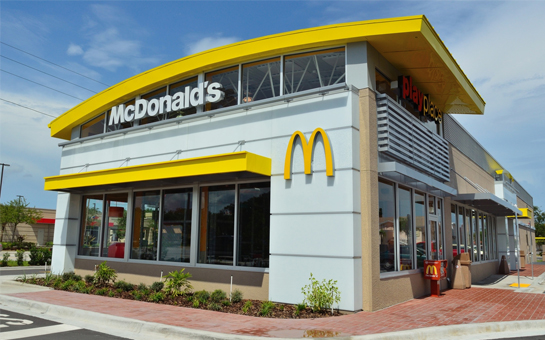 Among controversial debates, McDonald’s Corp. has reconsidered the use of expanded polystyrene (EPS) in cold beverage cups and trays.

The company announced the phasing out of the foam products worldwide by the end of 2018, weeks after a shareholders advocacy group interested in environmental issues, namely As You Sow, refiled a resolution asking the company to assess the impact of EPS.

The plastics foam food containers will be replaced with paper packaging technology.

The controversy around EPS containers has plagued McDonald’s ever since the ‘90s, where a Wall Street Journal article, ‘McDonald’s to Drop Plastic Foam Boxes in Favor of High-Tech Paper Packaging,’ stated the company’s intention to replace EPF foam with paper packaging.

Kilman wrote that this new paper technology “is a blow to the plastics industry, which has been under attack by environmental groups who complain that the industry’s foam containers are difficult to recycle.”

While not much was known about this so-called “new paper technology” developed by James River Corp., we do know that it was called Quilt-Rap and claimed to be biodegradable.

“The packaging can do almost the same job of retaining a sandwich’s heat and controlling condensation as the [EPS] clamshell container—the characteristics that had long made the polystyrene-based boxes popular with McDonald’s,” said the WSJ article.

Robert C. Williams, then President and CEO of James River, said that the paper wrap, which was created specifically for McDonald’s, “can be made with plastic to form a barrier, but the product apparently gets its insulating characteristics from the way the material is knit together,” the article said.

An unnamed McDonald’s spokesperson said, “the company’s overseas franchises will also phase out the use of the foam container, but a timetable hasn’t been set.”

An article in the February 1991 issue of the WSJ, “Foam Cups Damage Environment Less Than Paper Cups, Study Says” by Amal Kumar Naj cited a study of the manufacturing processes between paper cups and EPS cups.

The article noted the 1990 announcement from McDonald’s and the fact that the company’s decision to phase out EPS containers had “created a stir when it announced under pressure from environmentalists” that it would switch from plastic to paper.

Martin B. Hocking, the author of the study and a chemistry professor at the University of Victoria in British Columbia, said he was careful to be “evenhanded” in his analysis, and contended that “recyclability of paper vs plastic foam shouldn’t be the sole criterion for selecting one material over another.”

Another article in the WSJ that year, “Earth-Friendly Claims for Paper Draw Scrutiny: ‘Degradable’ Claims by Paper Companies Draw FTC Scrutiny,” noted that these claims by various paper manufacturers “may only foster misperceptions about the differences between paper and plastic.”

The EPS foam vs paper in food packaging and paper vs plastic in carry-out bags debate continues in the industry.

Read an opinion the topic at plasticstoday.com.