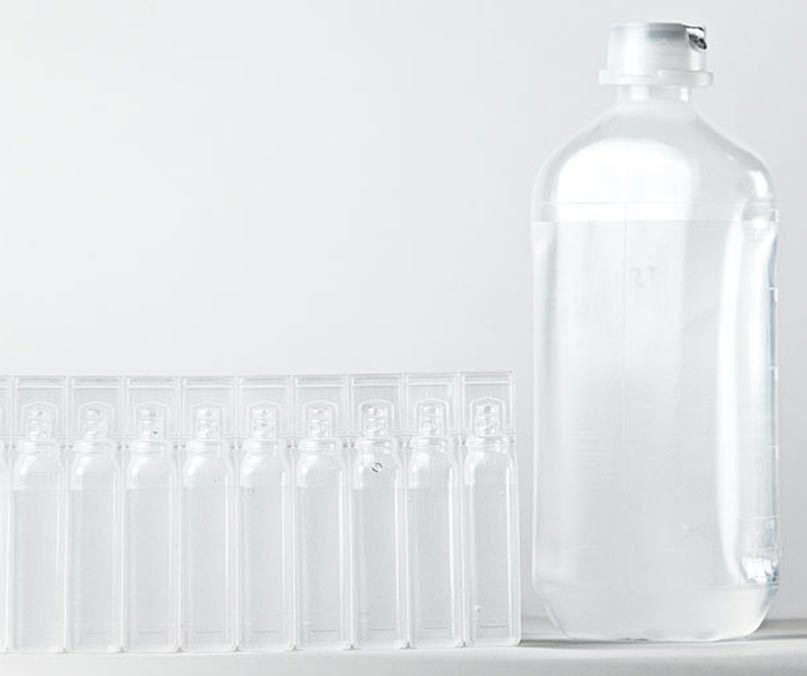 Modular HEUFT InLine devices have been carrying out a truly gapless all-surface empty bottle inspection for 25 years. Therefore blind spots, that is container areas which remain completely unexamined, have long ceased to be an issue for HEUFT customers. And even more is now possible with the highly automated ASEBIs of the new generation – especially when it comes to a precise glass in glass detection and the reliable identification of base chips.

For some this seems to be something completely new: an in-line inspection which covers all the surfaces of different types of empty bottles from the inner finish to the outer base edge without blind spots. The use of an all-surface empty bottle inspector (ASEBI) has long been an essential target among the major players in the beverage industry: for example Coca-Cola has required one hundred per cent complete coverage of all the bottle areas for over 25 years for an empty bottle inspector to be approved for monitoring a critical control point (CCP) as part of an HACCP concept during the filling and packaging process. Comparable guidelines also apply to, among others, the Deutscher Brauerbund (German Brewers’ Association), Verband Deutscher Mineralbrunnen (Association of German Mineral Water Producers) and Union of European Soft Drinks Association. 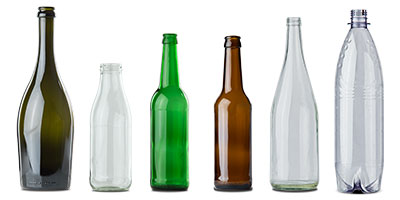 And in actual fact such an ASEBI is nothing new at all but has already been state of the art since at least 1995. At that time, only four years after the launch of the world’s first empty bottle inspector for an efficient linear operation, HEUFT had already placed a modular system on the market which continuously inspected all the surfaces optically and furthermore identified residual liquids such as caustic lye on the base after the bath in the bottle washer. Whether glass, PET, standard or swing top bottles: from that point on all HEUFT InLine devices for inspecting the quality of different types of containers before the filling process always fulfil the essential criterion of a complete coverage without blind spots. No area remains unexamined. The modular and flexible ASEBIs, the automation, operating and detection reliability of which have been continuously expanded, can also be easily integrated along filling lines where space is limited and the installation position correspondingly narrow. 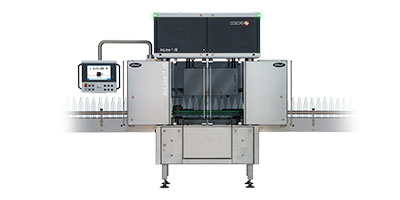 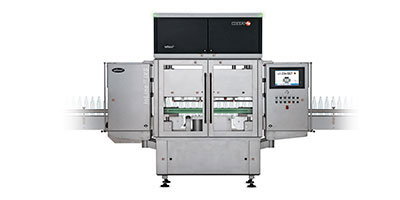 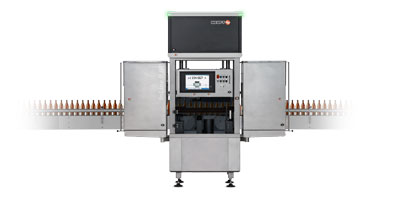 Nonetheless the optical inspection of all the surfaces also includes the entire base of the bottle as well as the complete outer base edge in order to make glass splinters or chipping, among other things, visible there. And the empty bottle inspectors of the HEUFT InLine II series, with the option of an undistorted view by means of using two modules, carry out an unproblematic coverage of the complete lateral surface of the container from the base edge upwards unlike other devices which scan the sidewall area from just one perspective.

Blind spots at the sidewall where there are, among other things, often unsightly scuffing rings are therefore no longer an issue. Even ACL labels only impair the detection reliability in the non-transparent area – the specific rotation and up to eight undistorted front views of the empty bottle ensure that defects in the glass in addition to applied colour labels also become visible from a different perspective. Faults on or behind ACL labels require a modified illumination and evaluation method. HEUFT has also been dealing with these tasks for years successfully.

The clever combination of base and sidewall inspection ensures, together with the finish, sealing surface as well as underchip or thread inspection, that all the bottle areas are really covered by the high-performance cameras without any gaps and that blind spots are no longer an issue. And there is scope for even more with the pulsed X-ray technology available exclusively from HEUFT which can also be found in the HEUFT InLine II IXS ASEBI: 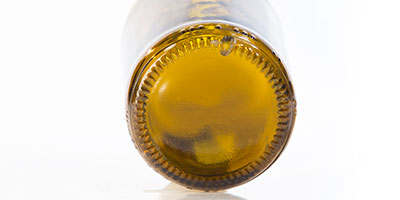 three-dimensional glass splinters with a size of 2 x 2 x 2 millimetres at the bottom of the bottle can thus be reliably detected even if they are surrounded by residual liquid the surface tension of which weakens the contrast and blurs the edges of the dangerous foreign objects in the camera images. Therefore it has been proved that the detection accuracy of cuboid, plate and needle-shaped glass particles in the bottle colour has increased by up to 29 per cent with the pulsed X-rays. And the X-ray assisted all-surface empty bottle inspection also improves the precision of the fault detection when identifying metal and air inclusions as well as cracks in the glass or shell-shaped fractures and chips on the outer base edge.